It’s music time in Seregno!
The major appointment remain fixed in November, with the IV edition of the International Competition for Young Pianists Il Pozzolino, but music experts have another date to sign on their calendar.
The City of Seregno indeed organized an event you can’t miss to involve the entire community already in September, waiting for the November Competition.
Leonardo Però, winner in ex aequo of the B Category of Pozzolino 2014, will perform at Museo Vignoli via Santino De Nova 24/26 with “Pinocchio. Piccola Suite per Pianoforte” – Ettore Pozzoli for the inauguration of the exhibition, 15th September at 16 PM, “I Segni con Pinocchio” of artist Lucio Boscardin in collaboration with the Carlo Collodi National Foundation.
He will have a partner, Emanuele Misuraca, competitor of Pozzolino 2012 too, who will read pieces of “Nelle tue corde” by Annalisa Maniscalco.
The exhibition will remain open with free entrance until the end of the month, visitable everyday from 3 PM to 7.30 PM and on booking. Furthermore, there will be a piano available during all the exhibition time for whom want to perform pieces inspired on Pinocchio’s figure.

There will be two other collateral events: 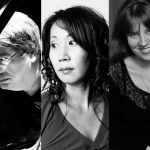 The Jury of the 4th edition of “il Pozzolino”Pozzolino 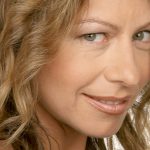