Thursday 27th June at the Sala Brigida of Palazzo Marino in Milan was held the presentation of the 31st International Piano Competition Ettore Pozzoli.

On this occasion was introduced, the Young Inclusion project dedicated to the development of music therapy, a project in which the Pozzoli Competition is a partner. The psychiatrists Luigi Campagner and Raffaele Visintini were present to explain the project.

The 31st edition of the International Piano Competition Ettore Pozzoli will be held in Seregno from 24th September to 1st October 2019.

The Pozzoli Competition has been organized by the City of Seregno for the last 60 years, and was established in memory of M° Ettore Pozzoli (Seregno 22nd July 1873), great teacher and composer as well as a professor of the “Giuseppe Verdi” Music Conservatory in Milan. Ettore Pozzoli’s widow Gina Gambini donated her inheritance to the International Piano Competition Ettore Pozzoli in memory of her husband and of his intense teaching activity. Giulio Confalonieri supervised the technical and organizational elements since the first editions. The competition takes place every two years and has always been open to candidates from all over the world, with the sole condition that they have not yet reached the thirty-second year of age. The Giuseppe Verdi Conservatory in Milan and the “Casa Ricordi” are important partners of the Concorso Pozzoli since the first edition.

Registration deadline for the 31st edition will be July 31st.

The President of the Jury 2019 edition will be M° Dan Zhao-Yi, piano teacher at the Sichuan Conservatory (Shanghai) and the Shenzhen Arts School. The other jurors are Vincenzo Balzani, Boris Bloch, Yuri Bogdanov, Antonio Di Cristofano, Eguchi Fumiko and Barbara Tolomelli.

M° Dan president of the Pozzoli’s Competition Jury is one of the most prestigious personalities of the musical world of China, a sort of national hero since his best student Yundi Li has won the first prize at the Chopin Competition in Warsaw in 2000.

In front of the Shenzhen City School of Arts is placed a huge slab of marble specifying: “Yundi Li was the first pianist in the history of China to win the Chopin contest!”.

Furthermore, M° Dan Zhao-Yi has always been involved in the field of education for children, with a method that mixes high technologies (computer integrated with keyboards and special pianos), ancient nursery rhymes and folk songs. For this method, which will be presented during the conference “The strength of music” (included in the program of events linked to the Pozzoli Competition), M° Dan Zhao-Yi has already received High Honors from the Government of Guangdong and the Chinese Central Government.

The competition will take place in Seregno at L’Auditorium – Piazza Risorgimento, a 380-seat theater, except to the final, which will take place at the San Rocco Theater that can accommodate 680 spectators. 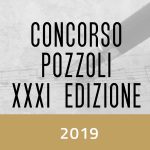