Friday 10th May, the Jury composed by the President Bruno Zanolini, Vincenzo Balzani, Marco Stroppa and Javier Torres Maldonado gathered at Palazzo Landriani. The composition in the competition are thirty-four, written by authors between 17 and 85 years old (Andrea De Donato from Arenzio, Naples – Matteo Iannone from Salerno), all Italians except for the Chinese Yanwen Li and the Belgian Jean-Paul Byloo. All the composition were unpublished and elaborated with a good level of difficulty for under 14 performers.

After examined all the compositions, the Jury has decided not to proceed with the awarding of first prize, but to award second prize to “Paanch” of Alberto Alassio and the third one to “L’ombra tra le mani” of Andrea Damaino Cotti. The two winners will receive a cash prize of € 1.500,00 in total and their compositions will be published by Casa Ricordi and included in the program of “Il Pozzolino” 2020. 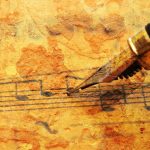